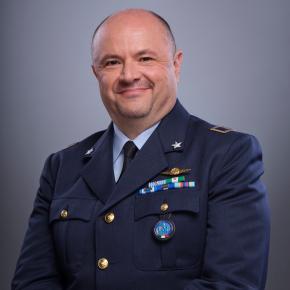 Fabio Biondi is a Lieutenant Colonel (OF-4) in the ITA Air Force, currently on duty at CCD COE Tallinn as researcher in Cyber Threat Intelligence and Director of the Operational Cyber Threats Intelligence Course. He is also NATO custodian for the AJP 3.20. He enlisted in the AF in 1988 and from the beginning his specialty was IT. He was a programmer on IBM mainframe platforms and a systems analyst. He was in charge of the Service Desk for the AF for several years, being after that Group CO. Joined the NATO Programming Centre in Glons (BE), becoming Project Manager of the NATO ICC - Integrated Command and Control System. Returning to the ITA AF, he was appointed Section Head of NATO C2 Systems in the ITA AF Logistic Command. He took part in the NATO Unified Protector and EU Sophia operations. His last assignment in Italy was in Joint Operational Command as CIS coordinator for the joint exercises of the ITA Armed Forces. He is currently researching about early warning indicators in hostile cyber campaigns and tactical cyber operations in ground operations.