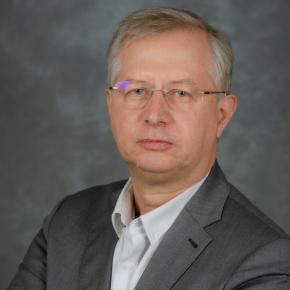 Head of the Security of Information Task Force of the Directorate-General for Defence Industry and Space (DEFIS), France

Christophe Morand born on March 9, 1967. Christophe Morand joined the French the French Air Force in 1987.  He started his career in the technical squadron of the strategic ballistic missiles wing.  After several posts in military space units, he was appointed head of the military space programs division in the French joint staff, in charge of in charge of all French space intelligence programs. He retired in 2010 as Colonel and joined the Crisis Management and Planning Director in European External Action service. He established in 2015 the EEAS space task force.
In 2020, he was appointed head of the task force oof the security of information of the Directorate-General for Defence Industry and Space (DEFIS). As security advisor of the Directorate General Timo Pesonen, he supervises security activities of the EU space programme.
DEFIS leads the European Commission's activities in the Defence Industry and Space sector. In the area of Defence Industry, DEFIS is in charge of upholding the competitiveness and innovation of the European Defence industry by ensuring the evolution of an able European defence technological and industrial base. In the area of Space DG DEFIS is in charge of implementing the EU Space programme consisting of the European Earth Observation Programme (Copernicus), the European Global Navigation Satellite System (Galileo) and the European Geostationary Navigation Overlay Service (EGNOS).