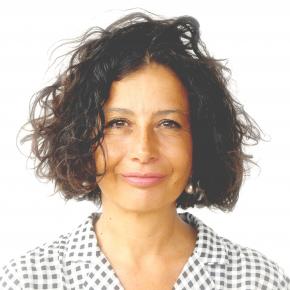 Head of Cyber Security and Policies, Political and Security Affairs Directorate General of the Ministry of Foreign Affairs, Italy

Min. Plen. Laura Carpini is the Head of Cyber Security and Policies in the Political and Security Affairs Directorate General of the Ministry of Foreign Affairs in Rome. Having joined the Italian Foreign Service in 1994, she has completed numerous foreign and domestic assignments. She began her career as Vice Consul and then Deputy Consul at the Consulate General of Italy in New York from 1998 until 2002, then served in Cuba as Deputy Head of Mission at the Embassy of Italy until 2006, when she returned to Hqs in Rome. She served as Human Rights Director until 2010, and led to success, in 2007, the first resolution on the moratorium of executions at the UN General Assembly. The last positions she held were in India, as First Counsellor Head of the Political and Consular Sections in New Delhi, in Ghana as Ambassador, also credited to Togo, from 2012 to 2016 and in Florence, as Diplomatic Advisor to the Mayor, from 2017 to 2019.

Min. Carpini is fluent in English, French and Spanish, she knows German and has basic notions of Portuguese. She received the honor of Officer Knight in the Order of Merit of the Italian Republic. Since February 2017 she is a member of the Scientific Committee on “International Relations” of the Università per Stranieri in Perugia.

Min. Plen. Laura Carpini is a passionate promoter of gender equality and has been President the Association of female members of the Italian Foreign Service, DID, until January 2021.

She is married and has a daughter. She loves music, reading and cinema. She enjoys swimming (when she finds the time!) and she loves relaxing by cooking or practicing yoga.