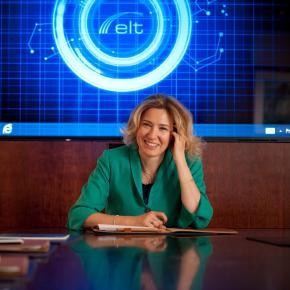 Domitilla Benigni is the Chief Executive Officer, Chief Operating Officer and Board Member at Elettronica. The company, founded in 1951, is one of the European leaders in the production of Electronic Defence equipment (EW). She joined Elettronica, in 1996, after obtaining her Master's Degree in Electronics Engineering.
Chairman of the subsidiary company Cy4Gate, a cyber warfare and cyber intelligence company.
She is a founding member, together with 30 other European key players, of the Women4cyber Foundation. Since 2021 she is Founder and Chairman of the Italian Chapter of the same Foundation.
She has been a speaker in countless institutional initiatives focused on innovation. In 2019 she was ranked by Forbes among the 100 female leaders in Italy and voted as one of the top 50 Most Influential Women in Cyber Security by SC Media.
Married and mother of two, she lives in Rome.